The Old Corinth , commonly referred to as the , was built by The Berlin Iron Bridge in 1885 atop the foundations of an 1813 bridge. The is unique in that it is the only remaining half-deck (roadway passes halfway between the lower and top chords), lenticular, wrought-iron, truss bridge of only two or three ever built. Because of this, it has been listed on the National Register and recorded by the Historic American Engineering Record.

The bridge fell into disrepair and was closed to vehicles in 1983. Through extraordinary efforts, the was repaired and opened to traffic on . The reopening celebration marked the first time in 23 years that the two halves of Hadley were again linked by an operational bridge. 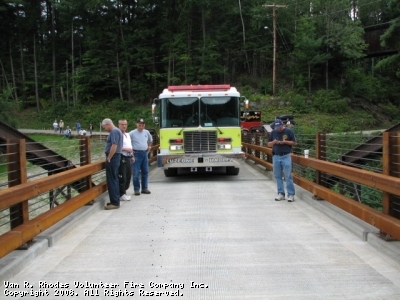 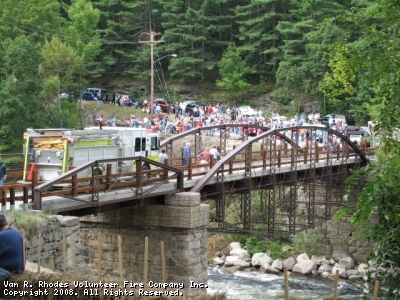 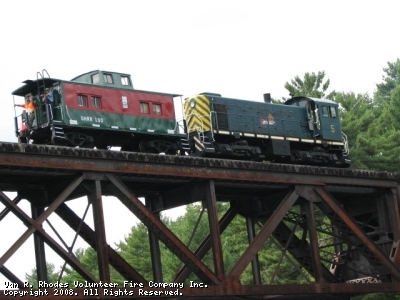 The Adirondack Railway reached Hadley in 1865. It merged with the Delaware & Hudson Railroad on Nov. 15, 1902. 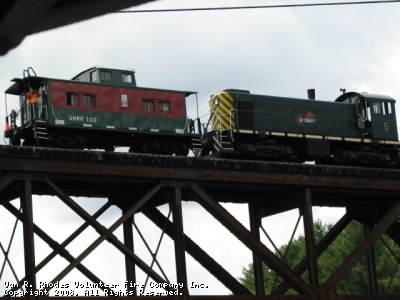 The last freight train crossed the 518ft. Sacandaga River Trestle in 1989.
×
1 of 1
3 entries in the News
2018 4 Wheeler Raffle Winner
Luzerne-Hadley Fire department would like to congratulate the South Warren Snowmobile club for winning the 4 wheeler and trailer in this years raffle. Congratulations again and enjoy.
Arson Awareness Week May 2-8, 2010
Community Arson Prevention The United States Fire Administration (USFA) announces this year’s Arson Awareness Week theme – Community Arson Prevention. The USFA will partner with the International Association of Arson Investigators, Bureau of Alcohol, Tobacco, Firearms and Explosives (AT...
➜
Reopening of the Hadley Bow Bridge.

The Old Corinth Road Bridge, commonly referred to as the Hadley Bow Bridge, was built by The Berlin Iron Bridge Co. in 1885 atop the foundations of an 1813 bridge. The Bow Bridge is unique in that it is the only remaining half-deck (roadway passes halfway between the lower and top chords), lenticula...
➜
1 of 1
3 entries in the News
Company Officers

This site has been viewed 566,655 times.
Calls
News
Events
Pictures
Apparatus
Maintained by the members and staff of Van R. Rhodes Volunteer Fire Company Inc.. Designated trademarks and brands are the property of their respective owners. Copyright © 2006-2022. YourFirstDue Inc. All Rights Reserved. Content on this web site is supplied by Van R. Rhodes Volunteer Fire Company Inc.. YourFirstDue Inc. cannot be held responsible or liable for any content, text, pictures, or any other media found on this web site.
Management login
Powered by